Kathmandu -  On the occasion of World Literacy Day, news reported that eradication of illiteracy has been a national agenda since 1990 and still millions of citizens in the age group of 15 to 60 years are still illiterate. Out of 77 districts, 24 districts are still not declared fully literate including Kathmandu district and the most illiterate population was reported in Province-2. Front page newsreported that the Government has spent Rs. 7.5 billion in the last 12 years but couldn’t make Nepal literate but Nepal Government once again has vowed to make Nepal literate within a year! One MoEST official was quoted stating that it is not possible to achieve it this year due to Covid 19 pandemic. In the media, according to NCED, 7.3 percent of children between the ages of five and 12 who are required to study at the basic level (grades 1-8) are still out of school and most of them will inevitably grow as illiterate adults for not having attended the school. An editorial also stated that literacy doesn’t only mean being able to read and write but the literate person also should fulfill the practical needs of daily life. In order to achieve the goal of making literacy effective, a massive volunteer mobilization program is needed - it said. 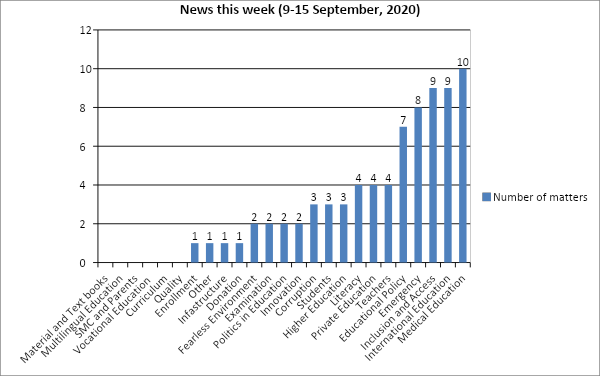 In fact, adult literacy is one of the least successful programmes in Nepal or elsewhere. When do we realize that it’s an evidence of the failure of our primary education? Our literacy hovers around 70%. If we calculate the annual rate of literacy since we started the literacy programme in 1950, it stands 1% a year. If we take account of all the contributions from formal education, the contribution of the adult literacy programme amounts to almost nothing even if we take account of 2% annual population growth. Instead of making sure that primary schools run, a hoards of projects and NGOs have thronged to run adult literacy. If most not all of them had focused on the running of primary schools, we would have achieved literacy much earlier. Adult literacy programs are like bird feed thrown by many where no control and monitoring takes place. Since, it’s mostly for some months; it's over without somebody monitoring it. In the registers, if seen carefully, the same people are repeated over and again and even school going adolescents are registered. Literacy and education have never been a political agenda. The political parties have never presented it that way nor did the people or civil society has put it forward. It has remained a technocratic agenda and operated in the same fashion every year.

Dr.Govinda KC has been a newsmaker in Medical Education for some years. The news reported in the media, Dr. KC has started his 19th 'Satyagraha' (non-violent resistance that includes fast on to death) in, Jumla , demanding for the improvement in medical education. According to the news, this time he has put forward 6 demands that range from expanding Corona testing to many people facilitating the treatment of infected and other patients to cracking down on the corrupt. It further stated that Dr. KC opposes political appointment of executive director of TU teaching hospital and demanded immediate rectification saying that the appointment violated the established norm of appointing the dean on seniority basis.

At the time of uncertainty in education, the MoEST approving the Textbook Adjustment Framework - 2077 was reported in the news. According to the Minister for Education, the format has been approved by synthesizing the textbooks so as not to waste the academic year. Director-General of the CDC was reported saying the syllabus has not been reduced but subjects that can be studied by the students themselves with the help of parents and the subjects that need the help of teachers are classified. Issuing the 'Student Learning Facilitation Guideline-2020', the MoEST, has allowed private schools to collect fees for online classes run after Ashar 1 (June 15) as set by the local governments. The directory has also paved the way for regular school operations. According to the directive, the local level will also be able to fix modality for running school tailoring for the individual school, ward and community.  In the meantime,the news reported that Pakistan opened all educational institutions from schools to higher education and India has also allowed immediately opening schools only for classes 9 to 12. This was carried by all the media resulting in a high count of international news.

Although the news on the Directives and the Framework has been carried by the media and holds high practical importance, reporting on this subject is pretty shallow. Studying original documents and further diving into the subject would be more useful to the people.

The news reported that the teacher Learning Support Grant-Teachers District Struggle Committee, Kanchanpur has started a movement, demanding the salary of this year and padlocked the Education Development and Coordination Unit Office on Tuesday, last week. Similarly, about 3000 teachers of private schools lost their jobs after the pandemic crisis, according to the news in the media.

TU is grappled by partisanship and factionalism of the parties and even six months after the Covid-19 pandemic, the university has not been able to formulate any academic policy and program for examinations, online classroom operation and management, the news stated. Whereas, NSU has staged a protest in front of the Vice-Chancellor's Office demanding for the resignation of the Vice-Chancellor and other office bearers of TU. While our TU is busy with the internal conflict, testing of the vaccine against Covid-19 developed by Oxford University is set to resume, reported in the news.

Other news of the week are: Two teachers of Sigass Rural Municipality, Baitadi district arrested for the rape charge (followed up news); a male professor of Janata Bahumukhi Campus of Itahari, Sunsari district was suspended for abusing a female colleague on the phone; door to door examination at Lumbini Buddhist University; Nepal Open University started taking exams from home; Education of the children who lost their parents in the Lidi landslide in Sindhupalchowk District has continued;PM announced the new law that would pave the way for providing free education, training, employment opportunities and livelihood support to the survivors of acid attacks; 54% doctors failed the license examination conducted by the Nepal Medical Council; the CIAA filed a case against former VC of BPKIHS for possessing more than Rs. 77.19 million illegal assets while serving in various capacities at the BPKIHS from 1993 to 2016.

'Education this Week' is a joint effort to analyze the press coverage of education in Nepal’s selected print or online media published in Kathmandu. The main aim of this effort is to identify and explain major education issues picked up by the media and give back and fore ground of the news. This, we believe, will help policy makers and other responsible people to keep abreast with ongoing concerns and discussions on and around education. EduKhabar, in collaboration with the Center for Educational Policies and Practices (CEPP) , has produced this analysis based on the news printed in Kantipur (Nepali) and The Himalayan Times (English), Dailies and online news portal SetoPati, NayaPatrika and My Republica between 9-15 September, 2020 (24-30 Bhadra, 2077) - Editor.