Admission to grade 11 without SEE results !

Kathmandu -  This week news focused on news matters related to Covid, monsoon leading disaster, politics and local government’s budget plan focusing on health and agriculture were covered. Education matter news that made it to the front page of the media were Admission to grade 11 without SEE results and old maps in government school textbooks. Other matters included uncertainty looms over the future of Manang students after floods damage schools. 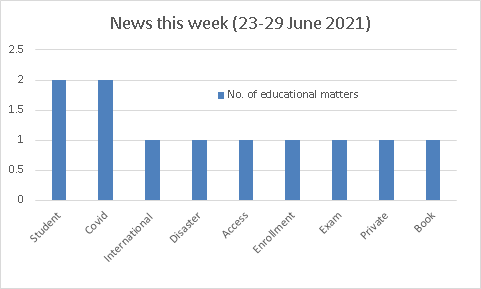 - News stated that private schools have started enrolling students in class 11 without the results of SEE being made public. The schools have started admitting students with the aim of promoting their educational institutions even though the examination of students studying in class 11 from last year was not completed, stated the news.
- News stated that floods triggered by incessant rains in Manang have largely damaged schools, leaving students, teachers, and guardians in distress. Lokpriya Secondary School at Chame is at high risk of being swept away after the flooded Marsyangdi River changed its course and started eroding the land near the school building, the news further stated. Bhanu Secondary School at Talgaun of Naso Rural Municipality has been inundated by the flood in the Marsyangdi River. The Education Development and Coordination Unit Chief was quoted stating that only one secondary school in the district was safe so far. The disaster caused massive damage to three schools in the district and reconstruction of these schools is not possible in the near future, the news stated.
- News stated that the textbooks with old maps of Lipulek, Kalapani and Limpiyadhura are being distributed to students. Even though the new map covering the area up to Limpiyadhura was released a year ago, the government has not updated the maps in the textbooks which are distributed by the government free of cost, stated the news.
- An international news continued in the media stating that an indigenous group in Canada’s Saskatchewan province has found the unmarked graves of 751 people at a now-defunct residential school.
The news reminds of the history of how the centralized education system was planned to systematically uproot culture and world view of the community for the needs of the state. The nuance and systemic structure of the present schools can be argued to still have such structures that are against diversity. In the context of Nepal, the case of language can be a strong point in the matter.
- A piece of news stated that Prabhat Secondary School, Raniwas in Kamalamai Municipality-13 has started learning facilitation by setting up alternative centers at four places suitable for students. Club building near the school area, community forest user groups and women's buildings within the school area have been made facilitation centers. The headmaster of the school was quoted stating that the learning centers have been set up at Raniwas, Ruchani, Madaha and Bayarban in the service areas of the school to facilitate four-hour daily learning in the physical presence of the students. 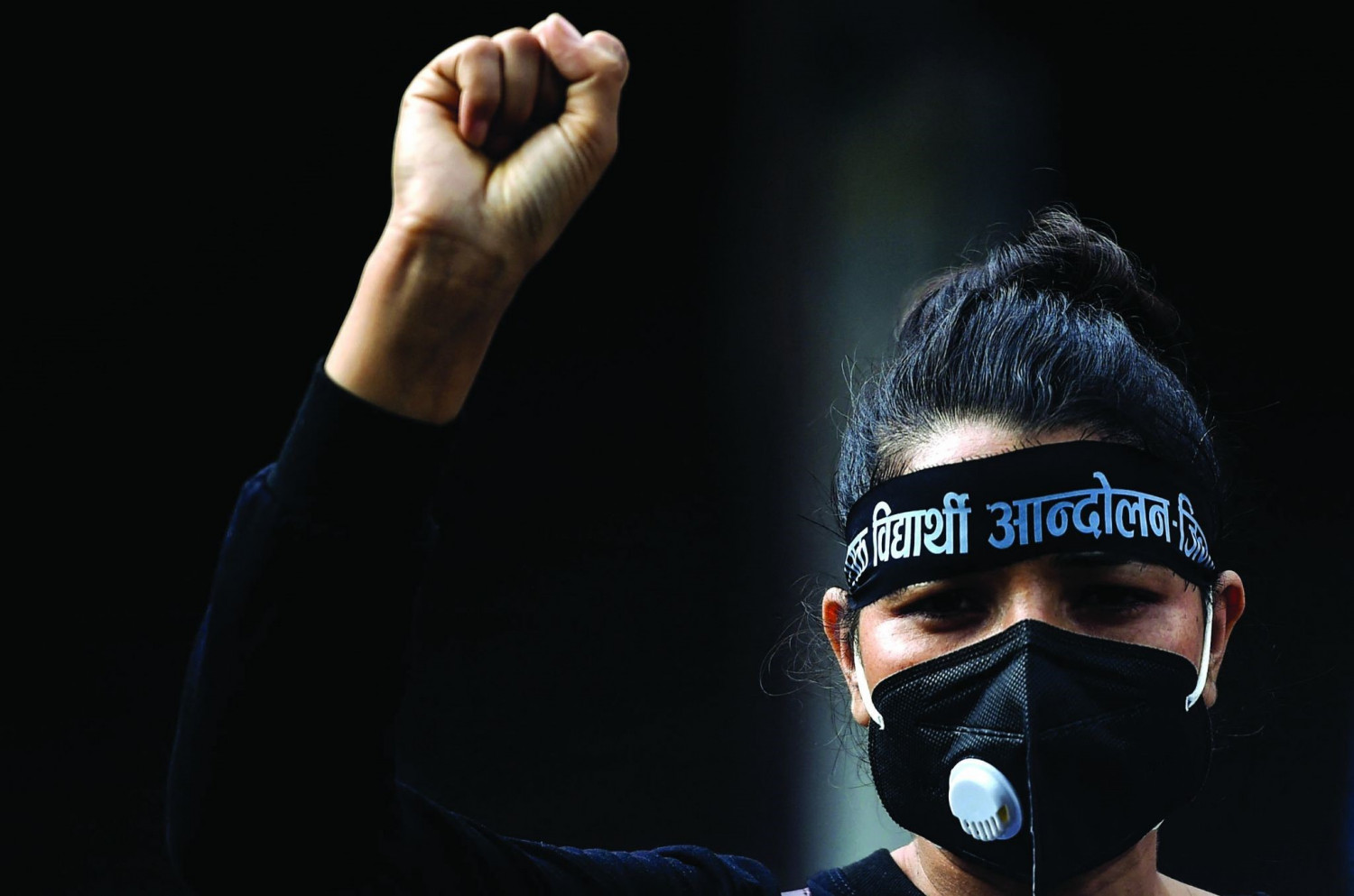 Picture of a student shouting slogans against the dissolution of the House of Representatives, hike in fuel prices, and corruption in the medical field, in Kathmandu posted on 25 June 2021 at THT
- Other news covered were student organizations affiliated to various political parties staged a demonstration at Exhibition Road against the dissolution of the House of Representatives, and Tribhuvan University started vaccinating its teachers and staff against Covid-19.
'Education this Week' is a joint effort to analyze the press coverage of education in Nepal’s selected print media published in Kathmandu. The main aim of this effort is to identify and explain major education issues picked up by the media and give back and foreground the news. This, we believe, will help policy makers and other responsible people to keep abreast with ongoing concerns and discussions on and around education. EduKhabar, in collaboration with the Center for Educational Policies and Practices (CEPP), has produced this analysis based on the news printed in Kantipur (Nepali) and The Himalayan Times (English) between 23-29 June 2021 (9-15 Asar, 2078) - Editor.
Read this analysis in Nepali : नतिजा अगावै कक्षा ११ को भर्ना !
प्रकाशित मिति २०७८ असार १८ ,शुक्रबार