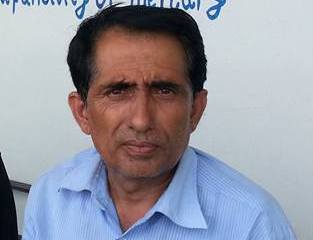 The year will be marked as year of elections in Nepal. Every sector is influenced by election related activities and the education sector is not an exception. The Ministry of Education limited its role citing enforcement of code of conduct three months before the date of polls. The constitution has entrusted local bodies with the role of overseeing the secondary level education. However, our education bureaucracy doesn’t feel the urgency. It points out to local bodies when questions are raised about any work. Officials in the rural municipality or municipality say they are fresh and are yet to understand the issue. The community schools are working in a very difficult situation.

The local governments were positive for releasing salaries ahead of the Dashain festival. Every stakeholder raised the seriousness of the matter. The District Education Office also tried to show that it played a positive role. They said the resource person would handle the issue. The resource persons however were in the state of confusion over whether they should be accountable to district education officer or the chief of local bodies. When the post of teacher is vacant and the school tries to find a new teacher, officials say the code of conduct bars any decision. But, when the issue of money comes and there is some give and take, it appears there will be no obstacle. It has become a deep rooted tradition.

When there were no elections, citing the need of experts, only two or three months were spent on deciding budget. The transfers, appointments don’t commence without transaction of money. The quality of education in community schools has compromised because of this tradition. The concerned authorities were never serious that the election would block appointment and transfer of teachers. No one raised question on why teachers should be deployed in elections and schools had to halt classes. The election commission doesn’t entrust the responsibility of polling officer to teachers. They will be the assistant of the polling officers often checking and verifying the voters. Even for that subordinate role, many teachers visit political parties seeking appointment. They think that the additional income of Rs. 20,000-Rs. 30,000 is the greatest achievement of their life. Even bureaucrats complain about appointment in ‘dry offices’ if they fail to make an additional income of Rs. 100 thousand or more every month.

There is a declared holiday for a week during elections. Teachers would be busy for a fortnight or even a month. Administration point outs code of conduct while some teachers actively participate in political campaign. Such a situation has made election like a disease for community schools.

No one recommends teachers of private schools for election. The private schools and colleges are not turned into the polling centre. The private sector doesn’t have to postpone hiring of teachers citing election code. Not a single period of a day goes empty. Many who have worked as legislators own these private schools and college. Therefore, they won’t make any rule that would harm their business. If the quality is compromise, they would think the quality of public schools would be compromised. Indirectly it means their business would further flourish.

The government machinery spends months in calculating the budget they would receive. They gossip about how teachers are ruining the quality of education. The situation however would be different. They focus on negative issues and use that as a tool to further erode the public schools. Repeatedly, there are reports that the government itself has collaborated with mafias in the education sector. We are in favour of change and want to bring this sorry state of community schools to an end. We want to end the corruption at the education sector from its root. The community schools are seriously trapped between the government and views of the civil society. It is unfortunate that there is a dual policy and dual educational system in the country.  We are in favour of a single education system. The discriminatory policies in education should be brought to an end. The major problem of our education sector is difference in the words and deeds of the political parties. It appears that the community schools are meant for poor and low income families. The higher level education is further money driver. Money counts more than the qualification. Reports indicate that power is misused and huge sum of money is paid as bribe for getting enrolment in medical and engineering colleges among others. Therefore, a complete transformation is the need of time. We need to eradicate corrupt practises and fight against people who are taking advantage in the name of community schools. There are coordinated efforts to weaken the community schools, sometimes by framing flawed laws and other times by fully mobilising schools for polls.

Those who promoted corruption used temporary teachers to meet their goals. The staffs of the schools were also misused. The irresponsible and corrupt top officials are responsible for creating wide range of teachers in community schools. Teachers themselves never tried to associate themselves with any kind of category. Not only school education, such officials have taken decisions that have gravely hampered the high school education. The government mechanism and political parties have poor policy regarding management of the community managed educational institutions. The community education is bearing a great suffering in the absence of a clear roadmap and blame focused on just teachers for all wrongdoings.

It is the time of elections so this issue is raised here but we need to accept that the government education machinery faces additional burden during polls. If elections are national festivals, why are private educational institutions not involved at all? Why are only government educational institutions directed to follow rules and laws on every topics ranging from enrolment of students and publishing of the result. The private schools start their new batch from February-March but why are the government schools asked to start only such drives in the second week of April?

The examination of grade 10 in community schools sometimes is labelled as ‘illegal.’ But in private schools, it is always legal. The higher secondary education board would conduct examination ahead of the board exam of the 11th and 12th grade however if community schools do the same it is considered unlawful. The private schools and colleges are friends of government and political parties but the community schools and colleges have to suffer. This has already been proved by action and it is a proof that the concerned authorities are in favour of further eroding the government educational institutions. Therefore, they are making this or that argument to malign the community education. Therefore, the local bodies should reconstitute the public educational institutions by conducting a serious and detail studies on wide range of issues including curriculum development and its implementation.

The state’s investment in education should receive due respect however there requires a massive intervention to end such attacks from all quarters. If we are in favour of continuing the old structures and styles, the current change would be meaningless. In the new context, we need to opt for chance. Then only we can see the community educational institutions in existence. The stakeholders of education must pay serious attention to this.