The trend of decline on coverage in matters related to educationin compare to the weeks when Dr KC was agitating continuedfor another week in the media.Innovations by students, school management and local governments were covered in the news. Assessment of schools through mobile after installation of CCTVs, students creating business out of localherbs to make medical food supplements, and courses offered by Nepal Open University werethe news covered by the media.
The policy news this week was about the proposal submitted by the Ministry of Education, Science and Technology (MEST) to discontinue Resource Persons Program, stating it irrelevant in the new federal structure. An opinion article stating the importance of the role of parents as educators for children was published this week as well. A news about Changunarayan Municipality’s decision to run Changunarayan Engineering College after the college was in controversy for a long time was also published.Confusion in the rights and responsibilities of different levels of governments caused by the delay of Federal Education Bill was covered in a report story by Himal Weekly.  The only news about medical education published this weekwas about the relay hunger strike by the students of Gandaki Medical College as it continuedstating that the college had fleeced them.Below is the analysis of other news this week.
- Assessment of school activities through mobile phone after CCTV was installed in a public school in Chitwan was covered in the media. The technology enables a Ward Officerto scan the premise of the schools any time from any place with internet connection. The assessment was also assigned to the school principle and a teacher who could review the school compound and classrooms and check on teacher presence, and student activities from a distance.
Such a focus on techno-based solution cannot be universal for its cost and should not be regarded as a solution or replacement to building trust relation among management, teachers and students. Often considered as advancement, it is the indicator of the lack of discipline established through a process of pursuationand a move towards regimentation of children and teachers. School should not be like a police-state. Seemingly useful now for short-term, it may have devastating consequences. It is a breach of privacy and degradation of humans as human-beings. The negative aspect of such technology-based monitoring and its impact in the human relation in school premise needs to be well analyzed. The use of technology for different purpose should be addressed through policies and guidelines that could be formulated at local level.
- No end is in sight of Gandaki Medical College students' agitation was also regularly reported this week. Studentsof the college is in a relay hunger strike with demands that the college should fix the fees as per the government’s policy, return extra charged fees, give a receipt for the paid amount. News about the unwillingness of the administration to fulfill the students’ demand was also reported.
The irregularities in medical education sector have been one of the most highlighted issues about education by the media in recent years evoked by the continuous agitation by Dr. Govinda KC to call for stronger regulations. Even after the present governments claim that the policy passed from the parliament has addressed all the demands to ensure fair and just practice in medical education, the news about students having to protest for the implementation of the government’s policies questions the commitment by the government. It also highlights the fact that irregularities and commercialization of medical education sector is yet to be checked.
- A news reported that Resource Persons (RP) program was proposed to be discontinued by the MEST. A proposal to this effect was submitted to the Cabinet. There are 1053 RPs at present in the country. The minister stated that the responsibilityof school education till secondary is under local government.Therefore,it will be the responsibility and authority of local government to hire RP's if required. He stated that it was irrelevant for the federal government to appoint RPs under present policy.It is planned to deport the RPs with facilities equal to the outgoing temporary teachers. RPs who arepermanent teachers will return to the schools from where they were deputed.The issue of teachers who are holding the position of those teacher has been raised, who will have to quite the job if replaced by returning RPs- states the news article.
This is a rare act of the federal government showing commitment to devolution under the federal structure particularly in education sector. It is yet to be reported how the new policies will ensure authority to local government. 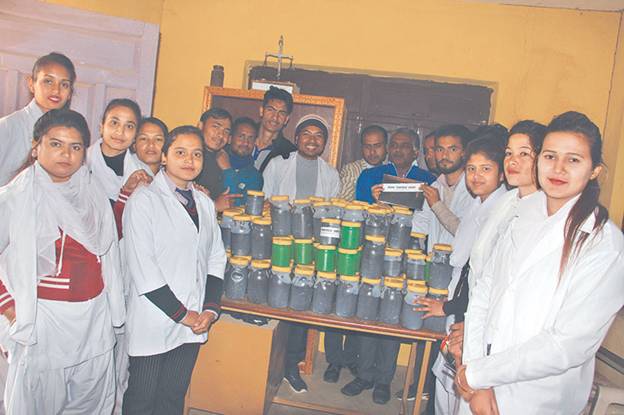