Professional wings of teachers should give up politics 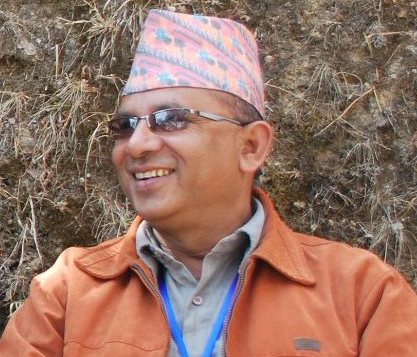 There are high hopes for improvement in the quality of community education after the constitution brought secondary education under the purview of local bodies.  There are expectations that the education related duties would now be carried out by locally elected representatives rather than administrative offices including department of education located in the capital. Now, the responsibility for making the community education effective is with the local government. It can introduce new programme to meet the challenging task. However, the major obstruction in the job is the availability of resources. Ram Abiakash has talked with the former Member of Parliament from Makawanpur Mr. Ananta Poudel on the situation of public education, challenges and way forward.

Question: What do you think are the causes of decline of students in community schools?

Ans: I have found three causes. First, the investment made by the government in public schools, where children belonging to poor Nepalese study, are delivering poor results. Second, the private schools are importing children from villages in bus in city areas and emptying the community schools located at villages. Third, many parents with poor economic conditions are also sending their kids to private schools, like rich parents, in the hope that their kids will get better education. These three factors have significantly eroded the public education in Nepal.

Question: What are the solutions to these problems?

Ans: The government should make some policy reforms. First the existing curriculum should be changed. The responsibility authorized to provincial government has given us this opportunity. It says that the provincial government can determine the curriculum up to grade 12. The local bodies have the right to make more investments in education and can take steps to promote technical and quality education.

Globally, the curriculum of the basic education is directed by the capabilities and interests of kids. Interests in mathematics, arts and other technical genres are scanned beforehand. The children should be connected to the technical education from the secondary level. If we don't do so, we will just be producing manpower that will not get employment in the job market.

In the past, some efforts were made to promote the technical and vocational education. It was called 'new education' however it was not properly implemented. Only furniture was focused at that time. If we had also explored electrical, mechanical, automobile among others, perhaps our education would have taken a difficult turn. The government should promote the policy of awarding degrees based on the choices of subjects made b y the students. We need to provide the quality and atmosphere of organizational schools if we want to promote the quality of community schools. Parents want their kids to go to school in nice and tidy dress and speak fluent English. If we develop similar kinds of traits in community schools, parents will not send their children to private schools. However, the existing resources are not adequate to improve the quality of community schools. We need to explore more resources.

Question: How can such resources be identified and mobilized?

Ans: We need to increase investment in community schools if we want to improve the quality of education. The left alliance, who have secured victory in recent parliamentary and provincial elections, have committed that they would allocate 20 percent of the total budget in education. If that is implemented, the budget on education would be almost double. The local bodies and the provincial government should also allocate budget in similar manner. Apart from these, there are also local resources which need to be tapped and used for education. Currently, the resources are used for profit motives but now taxation can be imposed on them for education. Similarly, certain percentage of the taxation on transportation should also be used in education. Land revenues, industrial revenues can also be used in education. The local bodies can make their own legislation to collect such resources. We can also charge some money to parents. The current rules and regulations bars schools from charging money however if parents are ready to contribute for improving the quality of community schools we need to have legal provisions that will allow enforcement of such measures.

Question: Do you think the local bodies can look into all these areas?

Ans: They may not look into all these areas. But there are headmasters of schools, the schools management committees, elected ward chairpersons, mayors, deputy mayors, professional organizations, various NGO's  and other stakeholders who can provide feedbacks on such plans. We can organize a large scale discussion where we can talk about additional resources and plans. It would be the best way forward. I urge local bodies to organize such a meeting.

Question: There are issues with teachers and their accountability? How can an action plan bring change in the situation?

Transfer of teachers is a major problem in community education. A teacher working in a remote village would retire by completing his duty for life time in one place while a teacher at city can go to university and do other works at the same time. This situation should change. Like in civil service, we need to have legal provision that would ensure rotational transfer of teachers. The policymakers should make harsh rules in this regard. Otherwise, all of the teachers would be concentrated on city areas and the rural villages can never advance. We have one Karnali in the country, but if we don't change ourselves there will be similar backward areas in the districts. Therefore, the professional association of teachers should change their role in the new context.