How will local government test quality of education ? 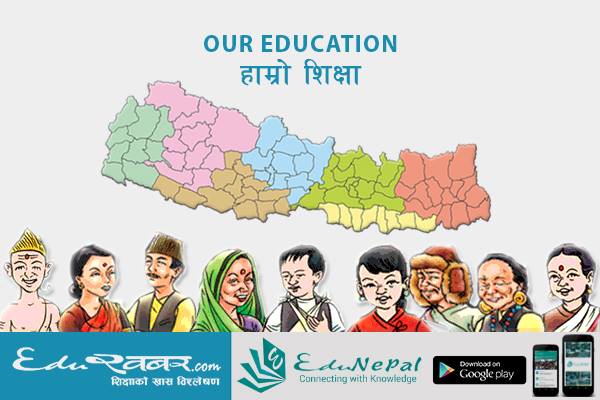 The education for all campaign that started in 1990 has now come to an end. The Millennium Development Goals concluded in 2015 and now the Sustainable Development Goal (SDG)'s are being enforced. Among the 17 targets and 169 indicators in the SDG's goal four is related to education.

The existing trend shows that despite the commitment of free education, secondary schools are not receiving adequate budget and resources from the government. There is no any tangible investment from guardians. According to statistics from the Education Department released in 2016, 10.6 percent of the students are still outside schools. It is a challenging task to bring them back to schools and retain them in classes.

The index 1 of the goal number four will be globally measured based on the learning abilities of students. Efforts are underway globally to set up methods to measure learning capabilities of students. The quality of education would be measured and monitored based on the tools that will be developed. This could be an opportunity for the local government to focus on learning and measurement of the achievements in learning.

Among the different functions of the local bodies, article 11(2) of the local government functioning act has listed several responsibilities. One of that is testing the achievements of learning and management. It is one of the most important functions. However, there are questions that will each of the local government conduct such test. How is it important? Are the local bodies efficient enough to take the job? Will the results on learning that will be presented by 753 local bodies be equally credible? And will their grades get national and international recognition? There are several such questions which are not answered while formulating laws.

What will the Education Review Office which was undertaking the task for the last seven years do now? This is not still clear. If we look at the local governance legislation, it may appear that the Education Review Office was now irrelevant. However, measuring the learning is a very complicated exercise. It requires collecting samples between 3 and five years, under the scientific process and standards. Only the result that comes out from scientific study would be considered valid and accepted. There is no any policy decisions on what would be the responsibility of local bodies on measurement of the learning. There is no clear timeline for conduction of such measurement and the process that should be followed.

It requires technical expertise and resources to conduct such study. If we look at the international practice, national achievements in learning show the overall quality of education of the country. Regional comparisons are draw and international measurements are carried out to look into the global context. There are internationally accepted measurement methods like Trends in International Mathematics & Science Study (TIMSS), Program for International Student Assessment (PISA) and Program of International Reading Literacy Survey (PIRLS) which are experimented in students of around 50/60 countries. Such experiments are conducted every three to five years and their outcomes are taken into account while formulating global, regional and national policies regarding education. Countries compete with one another to show that their learning indicators are better. Few years ago Finland had the world's best education. Now, Singapore has better education than Finland.

While there are systems which are applied while measuring learning internationally, Nepal has handed over the task to its local government. How did the politicians conceive this idea is not clear and the bureaucrats also known as permanent government explained them about this are still unknown. However, there is a big question on how will the local government conduct such a serious study and experiment? Will that be valid and credible? What will the Education Review Office do in future? There are several questions regarding the quality of education before us. But, the relevant authorities are not answering.