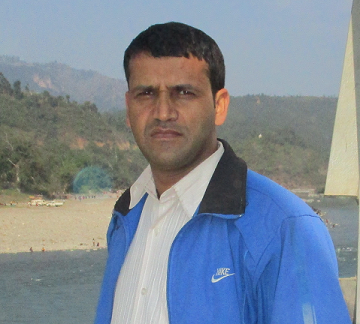 The two rounds of local elections in the country and the controversy over budget presentation amidst elections dominated discussion ahead of the budget presentation last month. The budget was tabled at the parliament in May 29, the date stipulated by the constitution and the change of the government leadership quickly overshadowed the issue of budget. The first budget of the country under the federal set up was unveiled by a caretaker government amidst a bar for including any new policy and programme by the election code of conduct. Despite the continuation of the old programme, it is sure that the implementation of the budget would differ. Previously, our budget was process oriented rather than being result focused. We can only hope that will change now but all will depend on the mindset of Nepali bureaucracy whose role is central in the implementation of the budget.

This year's budget provides an opportunity for civic participation in local governance and development works. This can be pivotal for economic transformation of the country. Education plays a crucial role in human capital formation, social awareness, empowerment and governance among others. The responsibility for local bodies to manage and run the education till the secondary school level is both an opportunity and a challenge. While presenting the budget, the then finance minister noted that institutional development of local governments and enhancing their technical and resource mobilisation capacities was a big challenge. But a constant vigilance is necessary to ensure that the centre will not intervene in the tasks of local bodies in the name of resolving these challenges.

Of among the four goals and 13 priorities outlined in the budget, investment on education is placed at number 10 of the priority lists. Despite being kept a national priority, budget on education is declining. The budget has mentioned that legal and policy steps would be taken to implement the provision of fundamental rights envisaged by the constitution. There cannot be free education in the country until the schools would be capable enough to provide service to students without taking fee from them. The government cannot backtrack from its commitment because constitution states that the education will be free. However, the government can ensure that scholarship distribution would be based on principle of equality. If opinions of the headmasters of the public schools are to be taken into account, the government should address the concerns of guardians who feel that students are losing interest in reading and charge fees from those who can pay and provide free education to those who are poor enough to afford for education.

Annex 8 of the constitution states most of the tasks of local bodies will be implemented through the financial transfers. However, it is not clear whether falls under the definition of 'most of the tasks.' The constitution also has the lists of collective responsibilities of all the forms of governance in clause 34. There is a clear provision that local bodies will mobilise budget for education in the local level. Another clause 42 states that the amount that the district education office would deposit on the accounts of schools would now be looked into by local bodies. With this provision, the allocations of almost 70 percent of the total budget of the district education offices have now been transformed to the local bodies. Therefore, the role of the district education offices now is almost over. However, if the centre intervenes and decides which schools should receive how much amount there will be no meaning of the authority transfer by the constitution.

The budget speech states that the school sector development programme will be implemented in local bodies. But it is to be seen how effective a programme prepared by the central government will now suit the need of the local governments who have a constitutional responsibility to offer secondary education. Will all the local bodies run their public education through this programme or will they decide their priorities on their own? Do all the districts have their common priorities?  Will all the local bodies in the same district have the same priorities? it is a big question today.

There was no any hope of much reform as the budget was unveiled amidst a prohibition to include new programmes.  The decline of education budget percentage, the implementation of free and compulsory education, the continuation of volunteer mobilisation programme that failed to start last year and the promise to open a new university despite the existence of 12 universities in the country, shows that the programmes outlined in the budget are traditional and we cannot expect any tangible results from the allocation. The decrement in the total allocation for education contradicts to the government's promise to implement free and compulsory education for all provision enshrined in the constitution.

a) Each of the local governments should know the number of school going age children in their areas. They should also know how many of them are yet to be enrolled in schools. Based on this, they should determine the number of required schools, take a call on closing the schools based on geographical viability and number of students, and decide on merger and establishment of new schools.

b) Based on the number of students and classes run in a school, managing the positions of teachers and determining the required number of posts in schools.

d) Ensure an appointment of a efficient headmaster in school and sign a appraisal based contract with him.

f) Distribution of grants based on a system of performance and results.

g) The local governments should publicise their positions about private schools. Improvement in quality of public school should automatically weaken the expansion of private schools.

h) The centre should decide on the curricula of core subjects and curriculum of other subjects can be decided by local bodies on a need basis.

i) The local governments should build a better understanding with federal government on implementing free and compulsory education.

The local governments should not wait to the policies, rules and directives of the central government on responsibilities that fall under their jurisdiction in accordance to the constitution. They should be confident that any tasks being undertaken with a solid determinism and good faith produces positive outcome. I send my best wishes for local governments who now have both challenge and responsibility for the improvement of public education.

(The author can be reached at : [email protected])

Are Nepali public schools only for poor students ?

Great work, should be implemented.....

Abstract: Language is the mirror of human life which delineates the life of human. Language speaks man’s personality. It is the cosmic medium like imparting the common information of society. English and ICT have become essential tools for a number of non-datum and emotions of everyday life.....

Kathmandu - This week Education Ministry submitted a proposal to restructure university governance mechanism. The Ministry also announced the curriculum for Yoga classes as optional subject in classes from 9 to 12. There were multiple news reports of halt in classes in colleges around Nepal due to c.....